We are working hard to ensure our customers can continue to access our support during Covid-19, with services offered digitally. Health & wellbeing is very important to us.

Achieve Case Manager Jo telephoned one of her participants, who had been released from HMP Styal, to offer support with her plans for Education, Training and Employment support.

During the call, it emerged that Sue* was living with a violent ex-partner who had made threats of violence, was very controlling and used mental abuse to make her believe he was the only one who was there for her. Sue had no money and has no other friends or family to support her. She had already self-harmed and through tears told her Case Manager that she didn’t want to be around anymore.

Due to the trusting relationship Jo had built up with Sue whilst in HMP Styal, Sue felt comfortable talking through her problems. During the discussion, various options were explored, and Sue was encouraged to think about the consequences of each potential scenario. E.g. what would happen if she stayed where she was at home?

Sue had been offered a room in a residential centre but with no funds to get there, she felt stuck in her current situation. Sue was initially hesitant to share her situation with her Probation Officer, as she felt it might go against her in relation to social services. After a long conversation with her Case Manager Jo, she agreed for contact to be made with her Offender Manager to pass on her concerns. As a result, immediate access to accommodation was provided and transport was arranged to ensure Sue was able to get there safely.

Sue is now safe and has started to rebuild her life, as a result of the help and support from Achieve NW Connect, funded by CFO3.

*Names have been changed to protect identity 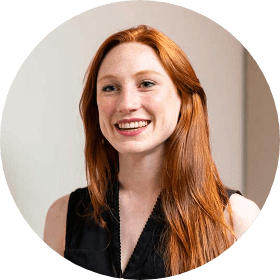 Speak to an advisor today!

Any cookies that may not be particularly necessary for the website to function and is used specifically to collect user personal data via analytics, ads, other embedded contents are termed as non-necessary cookies. It is mandatory to procure user consent prior to running these cookies on your website.